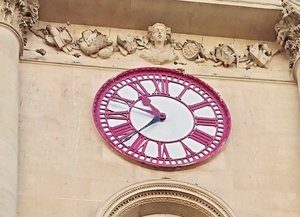 It’s a strange expression, rooted in nautical history. “Bristol fashion” refers to the belief that ships made in Bristol were of an excellent standard, such was the reputation of Bristol’s shipyards. But what of Bristol in the modern era? Does it still deserve such a reputation? The answer is yes, as we found out on a recent visit. Bristol is a fantastic place with a vibrant, social culture running through the city and if, like us, you enjoy exploring cities on foot then you are in for a lot of fun.

It’s easy to reach, 2 hours from London and a short drive on the motorway and you will soon be in sight of Clifton Bridge. This famous Victorian-built feat of engineering is one of Bristol’s iconic landmarks and was designed by Isambard Kingdom Brunel, who was also responsible for the Great Western Railway and (among others) the SS Great Britain – a ship which at the time of construction was the world’s longest passenger ship, and is coincidentally moored in Bristol harbour today. Those with an interest in maritime history would know much more about the SS Great Britain, but for the rest of us it’s simply a fascinating look into an earlier age where you can marvel at this engineering masterpiece.

Bristol is inextricably linked with the history of seafarers, and just as interesting are the links with the age of piracy. A favourite for sightseers is the pub that was allegedly the drinking den of Blackbeard – not the kind of chap whose pint you would want to spill! – and also taverns linked to Robinson Crusoe and Long John Silver. The latter was of course a fictional character, but was based upon a cook in one of the local pubs.

But let’s drag ourselves back to the 21st century. Bristol is a heaven for food lovers – from Michelin starred restaurants to street food, there is something for everyone. Away from food and drink you can also enjoy the street markets that have long been established in Bristol, and the city boasts the longest stretch of independently owned shops in the whole of Europe. Speaking of independence, the city also has its own currency; the Bristol Pound is only able to be used in the local independent shops, and is a way of ensuring that the city’s economy continues to thrive. Further evidence of independence is to be seen in some of their older clocks, which show two separate minute hands, one of which is “Bristol time” – don’t worry, all services still run on Greenwich Mean Time. 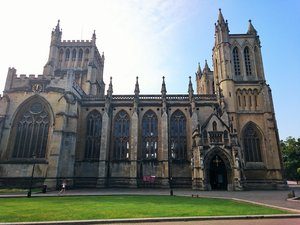 When visiting Bristol try one of the excellent walking tours. It’s a great fun way to find out about the city’s history, and whether or not you feel that graffiti is enjoyable, your head will be turned by the stunning street art on show. The world famous Banksy originates from Bristol and some of his famous works are still in situ – most notably the naked man hanging from his lover’s window. Bristol is home to many famous street artists and throughout the city you can see examples of their work. There was also a festival showing works from the best known street artists around the world. Whether you want to see art that covers the entire side of a 14-storey building, or a minute painting on a piece of chewing gum, your appetite will be satisfied.

In short, we like Bristol. A lot. There are few cities in the UK that can match the buzz that Bristol offers, and we think it’s a great destination for groups of all sizes. If you’d like to know more, contact us.

Aim: To gain insight and understanding in safe techniques for moving and handling within a greater context of legislation, local policies and practices
Duration: 3 hours with 20 minute break
Structure: Interactive theoretical session, and facilitated practical session
Ratio: 1 instructor to 8 candidates

Aim: An introduction and update in knowledge and skills of the u/se of the AED Adult BLS and following the current Resuscitation Council (UK) guidelines,
Duration: 3 hours with 20 minute break
Structure: Interactive theoretical session, and facilitated practical session
Ratio: 1 instructor to 8 candidates

Aim: For staff to understand their roles and responsibilities in the management of the pre-arrest, cardiac arrest and post arrest patient at ILS level.
Duration: 1 day course following the Resuscitation Council, (UK) Guidelines for "In hospital resuscitation"
Ratio: 1 instructor to 6 candidates

Aim: To understand how to break the chain of infection and therefore reduce the incidence of healthcare acquired infections (HCAIs).
Duration: 3 hours with 20 minute break
Ratio: 1 instructor to 8 candidates

Aim: To introduce and update knowledge in relation to Health and Safety at Work.
Duration: 3 hours with 20 minute break
Ratio: 1 instructor to 16 candidates

Aim: To gain understanding of the Safeguarding of Vulnerable Adults (SOVA) scheme and its implications for adults and the health care worker. Compliant with the UK NHS Core Skills Training Framework.
Duration: 3 hours with 20 minute break
Ratio: 1 instructor to 10 candidates